Helianthus porteri in Alexander County with Notes on Protected Status

Rocky Face Mountain is a low elevation granitic dome lying in the upper Piedmont region of Alexander County, North Carolina.  Helianthus porteri (Porter’s Sunflower) is found here in great abundance, its late fall golden yellow blooms dominating the flora of the area and blending with the fall colors of the surrounding forest.   Like its sister colony at the Mitchell Mill State Natural Area, Helianthus porteri was brought to Rocky Face Mountain in February of 1959 as part of an ecological experiment.  Its original home was in Mt. Arabia, Lithonia, Georgia.   Porter’s Sunflower adapted well, spread widely from its original site, and is now found in large colonies at the base of the dome and on flat ledges and open soil on the upper surfaces of the dome.

One of the Upper Slopes on the Rocky Face Granitic Dome

A few colonies were still in bloom in the rocky soil at the base of the dome in early November 2012. 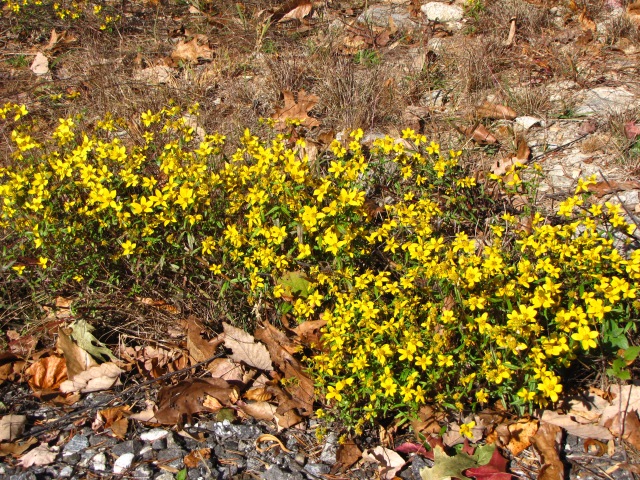 Most of the colonies were past bloom, dried, and bearing abundant seeds. 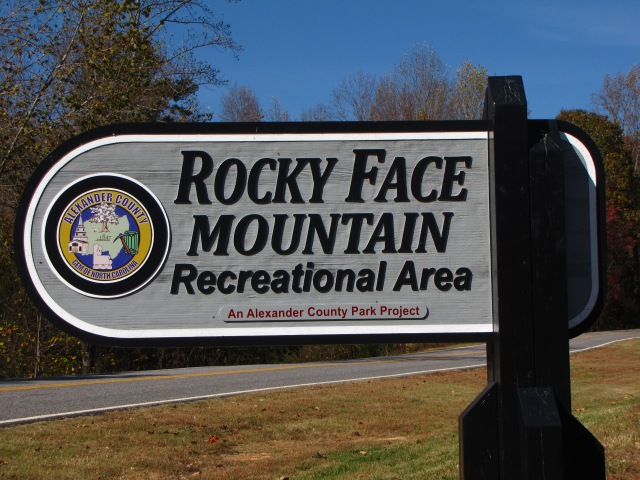 H. porteri is found in only 4 states and is native to only 3.

In North Carolina, it is considered an exotic, and not protected.

In South Carolina, where it is sometimes called Porter’s Goldeneye, it is S-1 Critically Imperiled , occurring at only a single site, a granite outcrop near the Greenville-Spartanburg airport.

In Georgia it is unprotected and found in abundance at granite outcrops throughout the north-central counties of the state.

In Alabama it is S-2 Imperiled and is found in only a few of the eastern counties.