Mid-April is an excellent time of year to visit the granitic flat rocks at the Mitchell Mill State Natural Area.  The Appalachian Stitchworts (Minuartia glabra) are in full bloom and completely cover some areas along the margins of the rock. 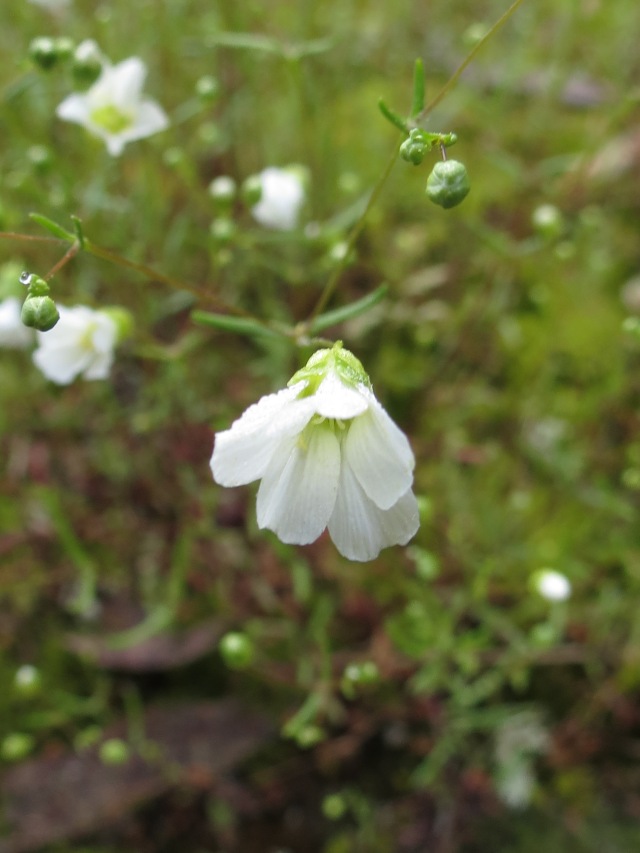 The Elf Orpine (Diamorpha smallii) are budding at most sites, and in some areas, starting to bloom.   The diversity of their color and form can be seen in the following photos. 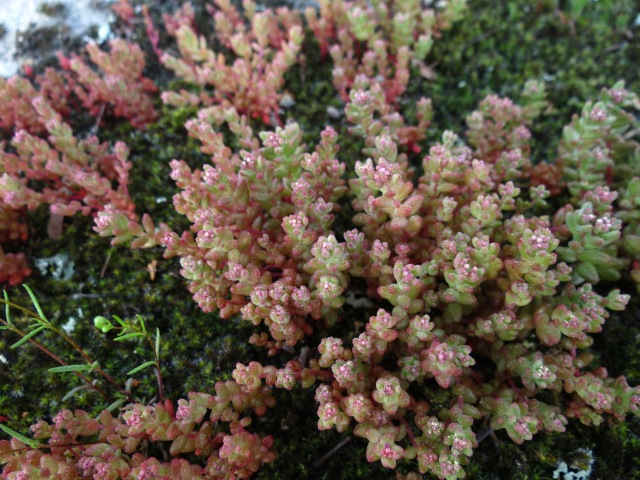 The plants below get a little longer sun exposure and are about to bloom.

The Quill Fameflowers – Phemeranthus teretifolius,  are just emerging  and are small and difficult to spot. They grow very quickly from this point.

The Low Spearwort (Ranunculus pusillus) is growing rapidly and has now assumed its adult plant form. 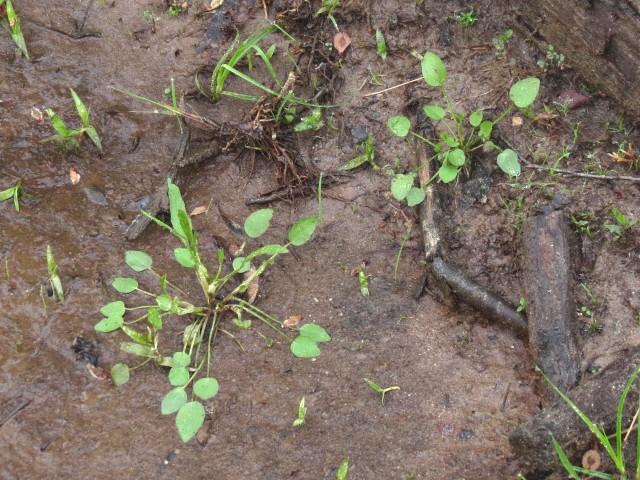 Tadpoles are beginning to fill the large pools formed in the flat rocks near the Little River.  Pine pollen is still very heavy and can be seen on the surface of the water in the pools.

The massed blooms of the Elf Orpine are the most spectacular sight at Mitchell Mill in the spring, bringing visitors from all across the Southeast. The blooms should begin within a week and last through the rest of April.